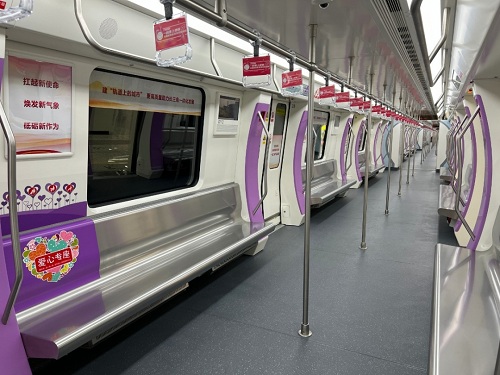 The trains for Wuxi's metro line 4 are colored white and purple. [Photo/wxrb.com]

The first phase of Wuxi's metro line 4 officially began operating on Dec 17, making life more convenient for those living near the line.

The 25.4-kilometer line has 18 underground stations and runs from Liutan Station in Huishan district to the Wuxi Taihu International Expo Center Station in the Wuxi Economic Development Zone.

The line passes through many local landmarks like the Wuxi Sports Center, the Wuxi Grand Theater, the Wuxi Taihu International Expo Center, and Huishan Ancient Town.

The trains used on the line, which are colored white and purple, have been upgraded compared to those of previous lines to be more user-friendly. New technology makes the trains smarter, safer, quieter, and more comfortable, according to officials.

With the official opening of the fourth metro line in Wuxi, the city's operating mileage of urban rail transit now exceeds 110 kilometers with 81 metro stations on operation. 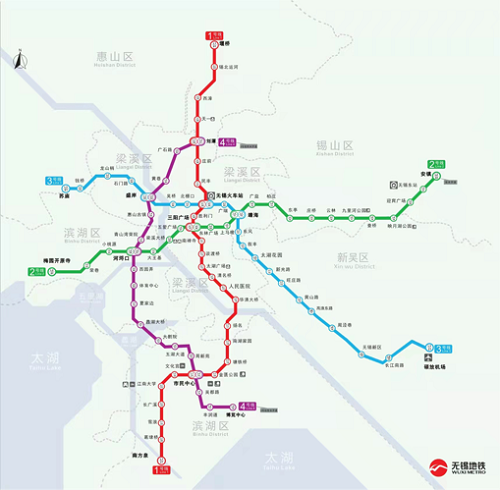 A map of the urban rail system in Wuxi. 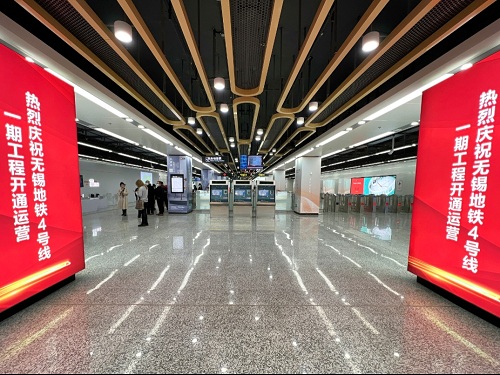 The Wuxi Sports Center Station on metro line 4 is opened to the public on Dec 17.